WATCH OUR SEGMENT ON BREAKFAST TELEVISION AT THIS LINK 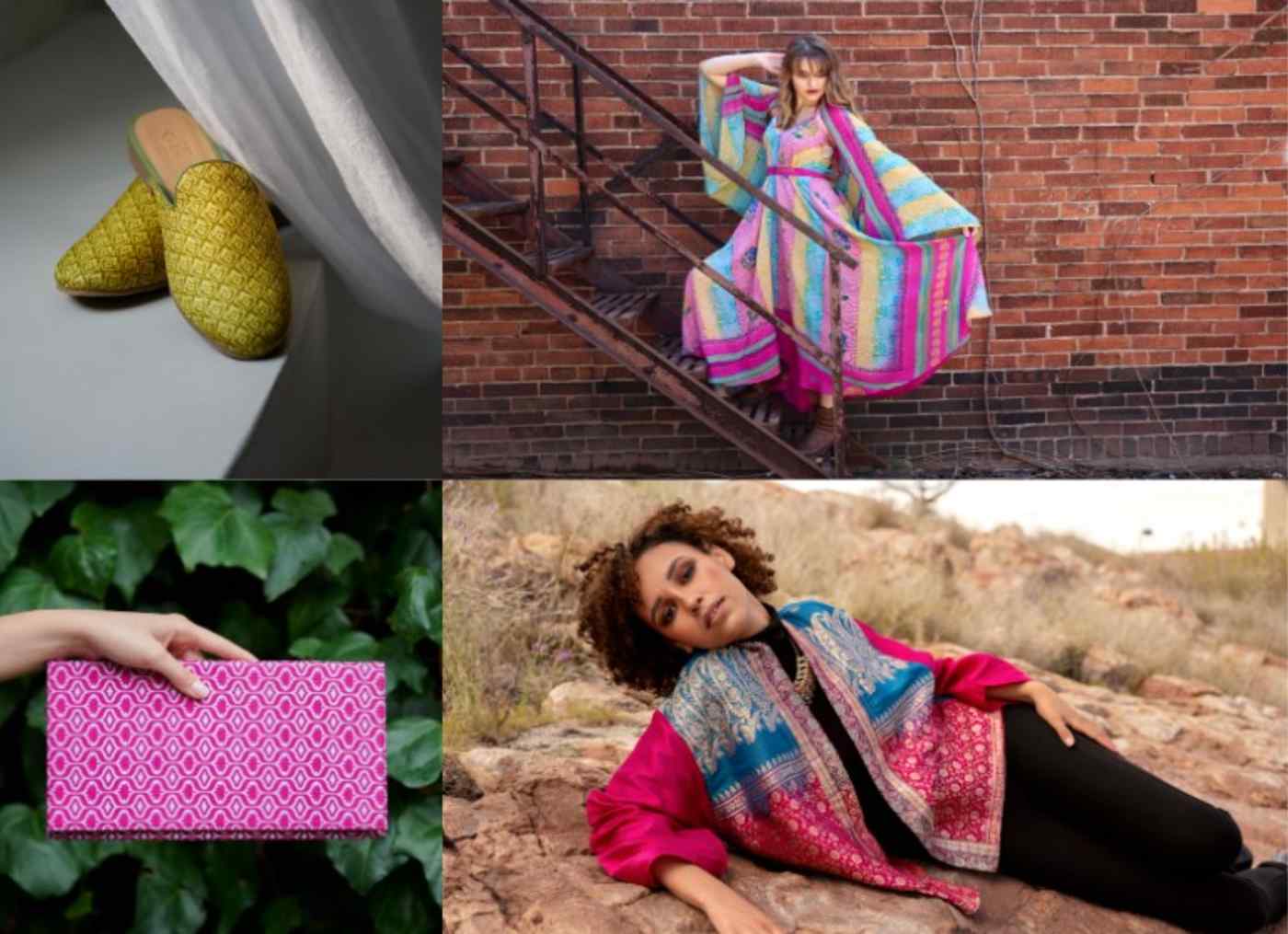 KUALA LUMPUR -- When Rayana Edwards started collecting old saris, she was overwhelmed by the response. "It rained saris," she says. "It was like we were solving a problem for women who had beautiful saris with no place to go. And they were now coming to us with a clear mandate to use them to empower women who were disadvantaged."

The sari is a garment consisting of 6 yards of free-flowing fabric that almost every woman of Indian origin wears -- regularly or occasionally -- collects or covets. It is worn at weddings and at parties, at work and at home. A few are considered precious heirlooms, to be passed on from mother to daughter.

But what happens to saris that are at the end of their life? The sari market in India alone is worth 400 billion rupees ($5 billion) a year, with thousands discarded every day.

Edwards, a Johannesburg resident of Malay Indian origin and founder of Sari for Change, is one of several entrepreneurs around the world who are repurposing old saris to create unique and practical garments such as caftans and kimonos.

In Ontario, Canada, Priya Mohan, a fourth-generation Indian Canadian and founder of Sari Knot Sari works with a designer team in New Delhi to convert old saris into jackets, vests, ponchos and dressy tops. And in Mumbai, Stefano Funari's social enterprise I was a Sari turns old saris into backpacks, earrings, party dresses and pajamas for clients in Europe. "I was a sari," the company's website proclaims; "Now I'm making a statement." There are many reasons behind the choice of used saris as the base material for fresh garments, not least their wide availability. "This is raw material that everyone already has or can buy at a low cost -- this makes it cheap to learn and experiment," says Rashmi Dhariwal, co-founder of SETU Fair Trade, an Indian organization that trains and employs more than 7,000 artisans across 16 Indian states.

"More importantly, this is also sustainable, because we are not producing any new material to create our products, and using up precious water, fuel and soil resources," says Dhariwal. This is vital, given that the fashion industry uses 1.5 trillion liters of water every year, and produces 10% of global carbon dioxide emissions, according to the Intergovernmental Panel on Climate Change set up by the United Nations

Sustainability is a keyword for these businesses, with a sharp focus on minimal waste. The aim is to include as much of the fabric as possible in new garments, and to use scraps to make scrunchies, purses and pouches, home decor items and even jewelry. Sari Knot Sari also utilizes saris with light stains or tears in a lower priced collection called Wabi Sabi or Perfectly Imperfect, hiding the flaws through clever patterns and workmanship. Mumbai-based social enterprise I was a Sari turns old saris into backpacks, earrings, party dresses and pajamas for clients in Europe. (Courtesy of I was a Sari)

As a free-flowing garment, the sari also allows versatility in designing and sewing, as can be seen from the range of products created by these businesses. One of Mohan's aims was to offer garments that would suit all ages and sizes. "Even if you want to invest in classic pieces that you can wear for a long time, it is not always going to be viable because of the way women's bodies change. With this (brand), I wanted to create everyday wear that everyone can wear," she says.

Dhariwal points out that repurposing saris is not new in Indian culture. Traditionally, used saris in India are reborn as quilts and cushion covers, swaddles and swings for newborn babies, frocks and skirts for young girls, or dishcloths for kitchens. As she says, "Indian women have always used their saris as assets, even after they stop wearing them, turning them into useful products for the house, or bartering them for [cooking] vessels" (a practice still common in small towns).

Edwards says that the Indian community in South Africa used to be sentimental about saris, keeping them to hand over to younger generations. "But saris are not very practical in today's world, and have become occasion- or festive-wear," she says. This is equally true in India, where women still buy saris but do not wear them as regularly as earlier generations did. Increasingly, even lightly used saris are thrown away, and end up in landfills, adding to soil and air pollution. Businesses such as these have introduced a professional touch to the repurposing process, taking the sari from Indian homes to the outside world. They sell to boutiques all over the globe, from Australia to North America and Western Europe. Sari Knot Sari and Sari for Change also have local showrooms for walk-in customers who may just be curious.

"Making wearable clothes out of saris gives everyone a chance to enjoy these beautiful prints and colors, without actually having to wear a sari," says Niki Gomez, director of marketing of I was a Sari.

Their clientele is typically the growing tribe of "global citizens and conscious consumers," as Edwards describes them -- people who care about the environment and making informed purchase decisions. "They want to know more about where the clothes they are wearing come from, who made them, and they are clear about why they are buying what they are buying," she says. Mohan adds, "My clients want a unique piece they can wear for different occasions, but they also want to do good by supporting local artisans."

One of the most significant aspects of these businesses is that they have found a way to give new life not just to old saris but also to local communities, especially women, whom they coach in design and tailoring, providing a steady source of income. Indian organization SETU Fair Trade trains and employs more than 7,000 artisans across 16 Indian states. Co-founder Rashmi Dhariwal says it focuses on women who "come from poor households, are mostly illiterate, oppressed at home, and have no skills to find employment anywhere." (Courtesy of SETU Fair Trade)

For instance, Sari for Change recruits and trains young women from local South African townships with the aim of making them financially independent. Eventually, they are given a sewing machine and the option to work from home while keeping an eye on their children. "This way, they were able to keep earning even through the pandemic," says Edwards.

The other entrepreneurs are similarly committed to the idea of fair wages and safe work environments, and getting the women to stand on their own feet. SETU Fair Trade also focuses on women who, according to Dhariwal, "come from poor households, are mostly illiterate, oppressed at home, and have no skills to find employment anywhere." Gomez describes their work as upcycling not just clothes but also the lives of the women who are involved in the process.

Indeed, Dhariwal says her proteges prefer to work out of the SETU community centers instead of in their homes, for not just the benefits of free electricity and air conditioning, but also for the opportunity to interact with professional designers and other artisans. SETU has also introduced literacy and computer classes to boost the women's self-confidence and self-reliance.

A Rainbow of Ethical Options